The history of fortune telling is as old as humanity itself. From prehistoric cave dwellers to modern-day humans. People have always had an intense interest in knowing what the future holds in store for them. Thanks to this fascination, a plethora of fortune-telling techniques have been invented since ancient times that still exist today.

While most of them are ruses, some of the more popular ones have a rich and interesting history that you might not be aware of. Here are some fun facts and trivia about popular fortune-telling methods that you didn’t know about!

The practice of telling the future is based on studying and observing one’s palm, finger length, lumps, shape, bumps of palms. And hands originated in Hindu astrology. Historians have theorized that it spread to nearby Eurasian masses, making its way into Persian, Sumerian, Canaan, and Babylonian civilizations.

According to palmistry practitioners, the different lines of the palm on one’s hand are interpreted to understand that individual’s past, present, and future. In many cultures and religions, fortune divination is often considered blasphemous and not encouraged.

Carl Jung played an important role in its modern resurgence while studying and researching it at a certain point in his career. The interpretation of palm lines can differ greatly based on which region it originates from. Eastern and Western palmistry are very different in many aspects.

Fortune-telling with animals is a very niche type of fortune-telling that used to be practiced in Japan once upon a time. The Japanese term for this fortune-telling technique is “dōbutsu uranai,” based on animal horoscopes similar to the Chinese zodiac. The animals are categorized into four categories on two axes: ‘self-centered vs. being mindful of others’ and ‘focused vs. easily distracted.’

This ancient practice involved reading animal behaviors to determine the future. One of the most popular is watching how birds behave. The act became widely known as “taking the auspices”. Fortune telling with animals becomes commonplace during the FIFA World Cup every four years.

Phrenology is one of the most ridiculous and amusing fortune-telling techniques commonly practiced during the 17th-century era. It was first conceptualized in America in 1934 and involved ascertaining an individual’s mental attributes by feeling the bumps in one’s skull. According to the so-called ‘experts’ of this method. And the bumps of a person’s head were considered an extension of their brain.

The methodology of phrenology was based on four aspects: propensities, sentiments, intellectual faculties, and reflecting faculties. This biased categorization was also fuelled by deep racism, with black and Asian people being considered inferior to white people. You can find the most popular modern pop culture reference to phrenology in Quentin Tarantino’s film Django Unchained.

During that era, the rise and prominence of this divination technique were taken seriously by many influential people in America and Europe. It was also very misogynistic and promoted gender stereotyping that was equally prominent.

Those who practice physiognomy often claim to have the ability to discern criminals. And liars immediately and are accurate at times. This comes as no surprise, as many psychological theories and the aspects of physiognomy are very similar. The first recorded documentation of this technique was made by the great Greek philosopher Aristotle.

Those who practice physiognomy often claim to discern criminals and liars immediately and are accurate at times. This comes as no surprise, as many psychological theories and the aspects of physiognomy are very similar. The first recorded documentation of this technique made by the great Greek philosopher Aristotle.

The technique saw a resurgence in the Middle Ages as well as the Renaissance due to its more practical applications. But due to a lack of accurate data about physical differences between people of different regions, the technique lacked accuracy and solid fundamentals. Many human behavior and psychology researchers often lean to old physiognomy texts to gauge their accuracy and practical applications.

Just the Tip of the iceberg if you’re interested in fortune-telling and the occult, then there are several fun-related things you can learn about. As long as you don’t take them seriously, there’s some pleasure to be had meddling with this stuff. You can read up books on the occult to know more, some of which are only available in physical book form. You can also learn more about fortune-telling here.

9 Simple Ways to Stay Fit During the Holidays 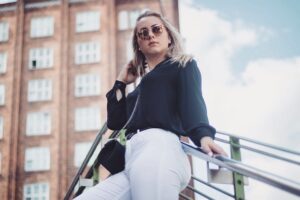 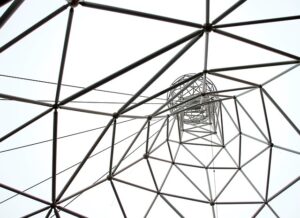 Tips to help you use a scaffold tower safely